FN Meka | A Saga of Controversies 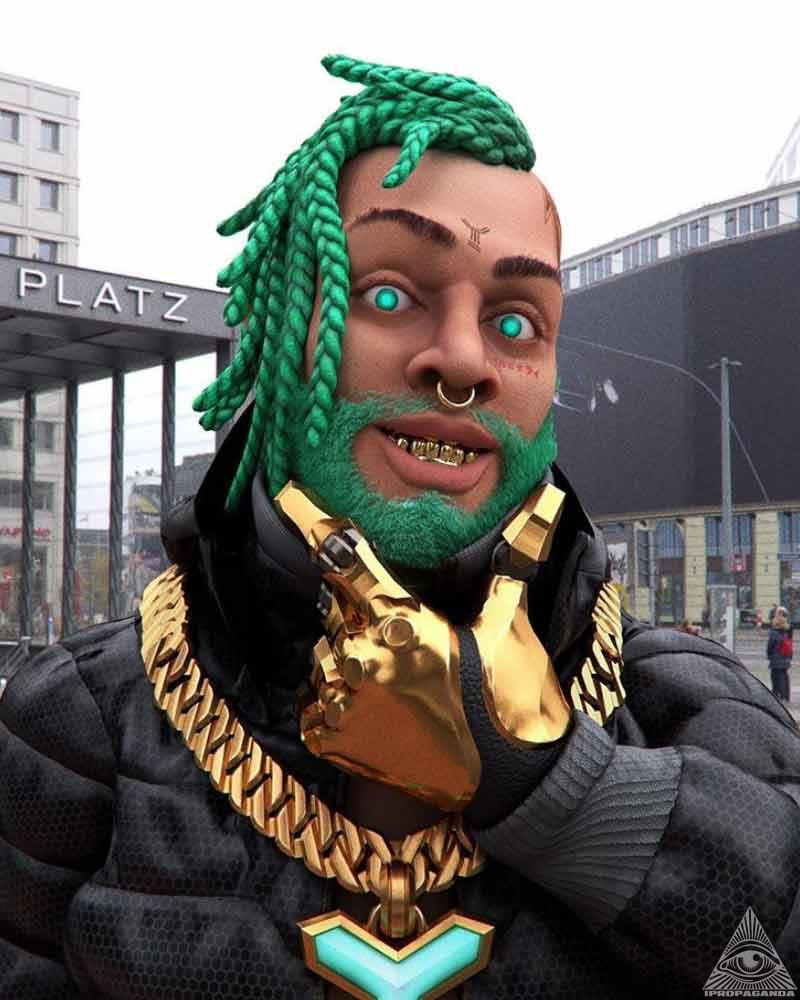 The music industry can be difficult for emerging performers in the real world. The metaverse appears to be no different.

FN Meka, a robot rapper who resembles Hypebeast, is renowned for his flamboyant attire. Due to his emerald eyes and hair, multiple tattoos, and gold-plated hand, he resembles a cyborg. FN Meka enjoys the ambiguity of being a virtual influencer, and he has over a billion followers on social media.

Factory New sells NFTs and broadcasts CGI films of FN Meka's lifestyle, including Bugatti planes, helicopters, and a Rolls Royce equipped with a Hibachi grill, on its TikTok account, which has more than one billion views. It has made its Instagram profile, which has over 220,000 followers, private.

Anthony Martini and Brandon Le created FN Meka, an AI rapper resembling a Black male cyborg, in 2019. They collaborated to promote the rapper under their record label Factory New. Martini claims that FN Meka is a Black man who sings the songs. Still, the music and lyrics are generated by an AI that studies popular music. Ten days ago, Capitol Records announced that FN Meka had signed, calling him the first AR musician to sign with a major label.

Let's just say FN Meka has caused controversy and posed some serious issues. The artist is an Augmented Reality (AR) with a composite persona based on caricatures of rappers, including Lil Pump, XXXTentacion, and 6ix9ine, with colorful braided hair, face tattoos, and gold teeth. Martinis were in the mix when FN Meka released "Moonwalkin" and "Internet," which contained multiple N-word references. One million individuals have listened to the song the bot created with Gunna and Clix, in which he brags about his extravagant lifestyle, drug usage, and enormous debt. Some cynics view this as the disintegration of ethics and morality. Meka was also considered a watershed moment for record labels since it shifted financial authority from human musicians to programmers.

The use of the N-word in FN Meka's 2019 song Moonwalkin and an Instagram image of FN Meka being abused by a police officer in prison have contributed to a growing backlash against racial stereotypes. Capitol Records bowed to pressure and said last Tuesday that it would immediately discontinue its association with the FN Meka project.

Florida Water," which FN Meka co-wrote with American rapper Gunna, was his only and last single for Capitol. Sergio Kitchens, better known by his stage name Gunna, is being held without bond in an Atlanta jail until the conclusion of his felony racketeering trial. Kitchens' music and social media posts were labeled as "acts in furtherance of the conspiracy" in the indictment. One of the other 28 defendants in the case, Kitchens, also refutes the charges.

A Black activist group working for justice in the music industry called Industry Blackout sent a message to Capitol hours before Capitol's statement. It called FN Meka insulting and a direct affront to the Black community and their culture. They termed it a collection of offensive stereotypes, appropriative behaviors inspired by Black musicians, and lyrics with racial slurs.

Industry Blackout referred to the Capitol's signing of FN Meka as a digital effigy "which is a dangerous creature and demeaning to actual people who face serious consequences." Because of how it portrayed African-American culture, the partnership between Capital and FN Meka was, well, let's say, not appreciated. Because FN Meka did not identify as an African American and because of the racial ambiguity of his appearance, critics disparaged his use of racist slurs in the song. It's easy to see how it could be implied that Capitol had used the robot as a figure to humiliate the black community. Because it was aware that the robot rapper would not face federal prosecution.

As part of their demands, the Industry Blackout wanted an official apology, the removal of FN Meka from all platforms, and the donation of all FN Meka profits to groups that support the creative development of Black youth and to Capitol's roster of Black artists.

Industry Blackout demanded a public apology, as well as the redistribution of any Capitol monies allocated to FN Meka's fundraising efforts and spending plans of Black artists on Capitol. The activist organization termed the caricature to be quite damaging.

In response to the sheer outcry, Capitol Records stated it was severing ties with "robot rapper" FN Meka just one week after signing him. Capitol Music Group acknowledged the song's dubious content. The company said, "We sincerely regret our insensitivity in signing this project without asking enough questions about equity and the creative process."

The premise of this episode is that humans cannot and should not be replaced by technology. Technology has no emotions and cognizance of ethical or cultural sensitivities, howsoever advanced it may be. Using slurs significantly as a personification of a specific community is damaging. This represents a phenomenon that needs our urgent attention in this era of fast-paced technological transformation regardless of what aspect of modern life it pertains to.

Check out a great overview in the video below.

More in this category